House, Life and Everything Else

As some of my regular readers may have noticed I sort of disappeared for most of the last 2 months. To put things lightly, it has been crazy busy. Through September we did renos at our new house, packed the old one, ran into problems with the new basement and eventually moved.

Since then we have been getting settled into new routines and trying to get things unpacked and organized (which is WAY harder with toddlers around).

Up until now I had been working part time at the local quilt store learning to be a sewing machine technician and I only worked every other day. As we had to change childcare around after moving we decided it was probably time to put the kids in daycare full time.  This has proved to be way harder than I expected.

Monkey is in a toddler room where most kids nap every day, and now she is napping some days and not other days. The days she naps she stays up an hour later than her normal bedtime. She had been quite liking the alternate home/daycare days before and is not enjoying going to daycare 2 or more days in a row.

LB on the other hand seems to be adjusting just fine. He wasn't going to bed well at the other house and he still isn't. But he is ending up in our bed more often and longer in the night. The daycare ladies have told me that he is doing great while he is there.

Just to make life a little more fun the kids have had 2 colds in the last 3 weeks. GeoDad and I have had to take turns staying home with them (since you definitely can't go to daycare with a fever).

Due to the location of the new house I would need to take a bus and the train to get to work and it would probably take longer than I think it should. So since moving I have been biking the ~5km to work. It is only taking 20-25 minutes depending on the day and it is very refreshing to get some exercise a couple times a day. All in all I am enjoying being at work full time but I am exhausted by the end of day.

There is lots of sewing I would like to be doing but most nights by the time the kids are sleeping I am too worn out to even think about it. And some of my free time in the evenings has been spent on wedding planning as our wedding is less than 5 months away (ack... so much to do and figure out still).

Anyway, I think the blogging/sewing slump is coming to an end. Last weekend my brother laid some beautiful laminate flooring in the sewing area and I finally have a spot to sit down and sew. Tonight I finished putting the binding on the Tools Baby Quilt that I longarm quilted a couple weekends ago (so here's hoping I get a finished quilt post written this weekend). 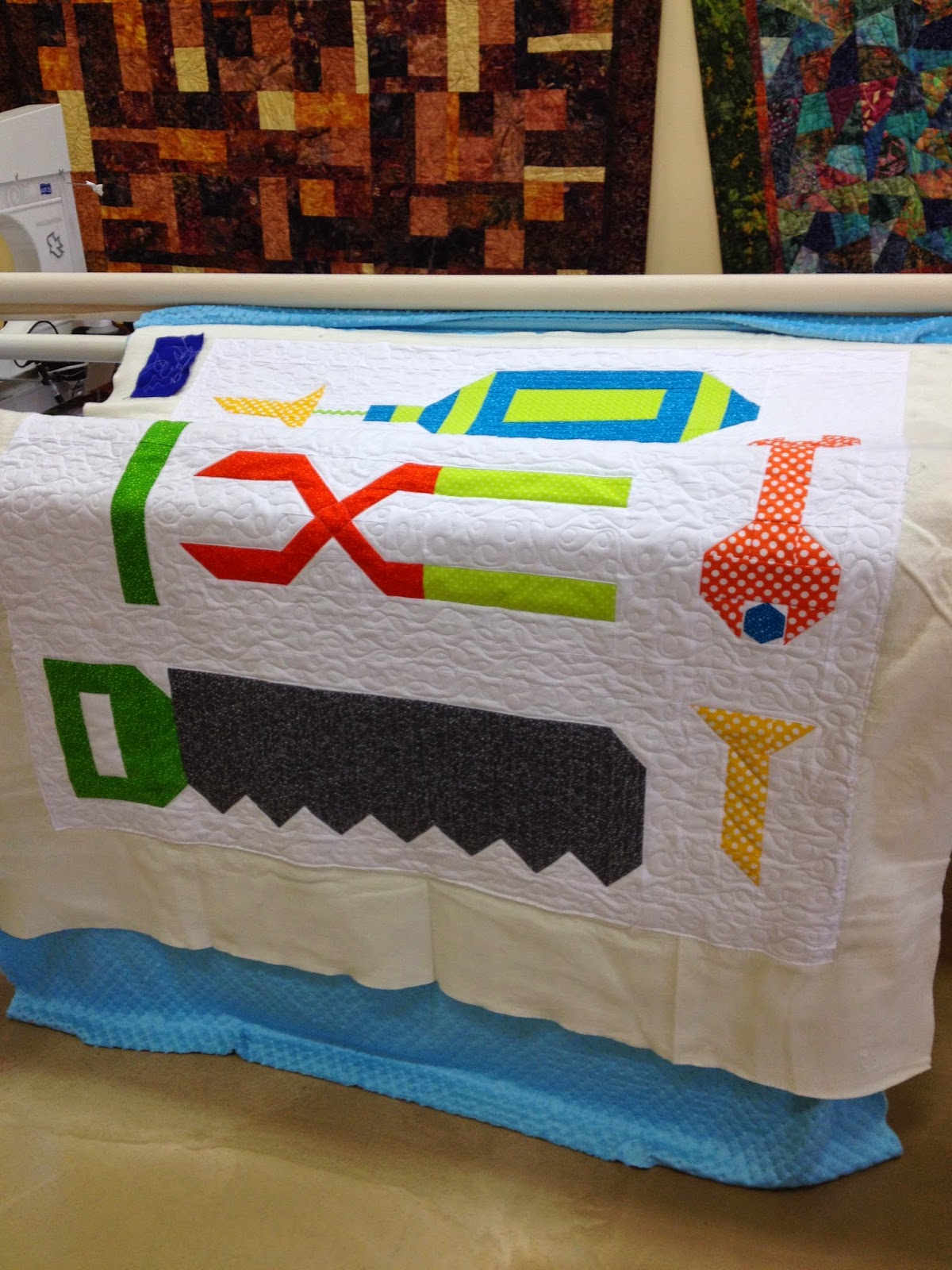