September is slipping away

We have been busy. Not normal busy with toddlers... super busy. September 2nd we got keys to our new house and since we planned to have 4 weeks of overlap with the 2 houses it means that I have been splitting my time between them. Attempting to keep up with normal things like laundry and dishes at the current house and painting, demolition and construction at the new place.


So far we have striped wallpaper off of 6 walls, 2 in the dining room and all 4 in LB's room. I had family down for one weekend and they painted all the closets on the main floor (and closets are super slow to paint). We also got 2 coats of red on one of LB's walls, 2 coats of light pink on Monkey's 1 wall, the first coat of white on 2 walls in each kids room and the first coat of dark pink on Monkey's 4th wall. The dining room and half the living got both coats of white done.

Since they were around I finished painting 2 coats of blue paint on LB's other wall and another coat of dark pink in Monkey's room.


We tore out a wall that had some ugly mirror tiles and scary texture on it, and my brother re-drywalled and started mudding it. We removed bifold closet doors and replaced a few with new ones, which also needed a coat of paint. 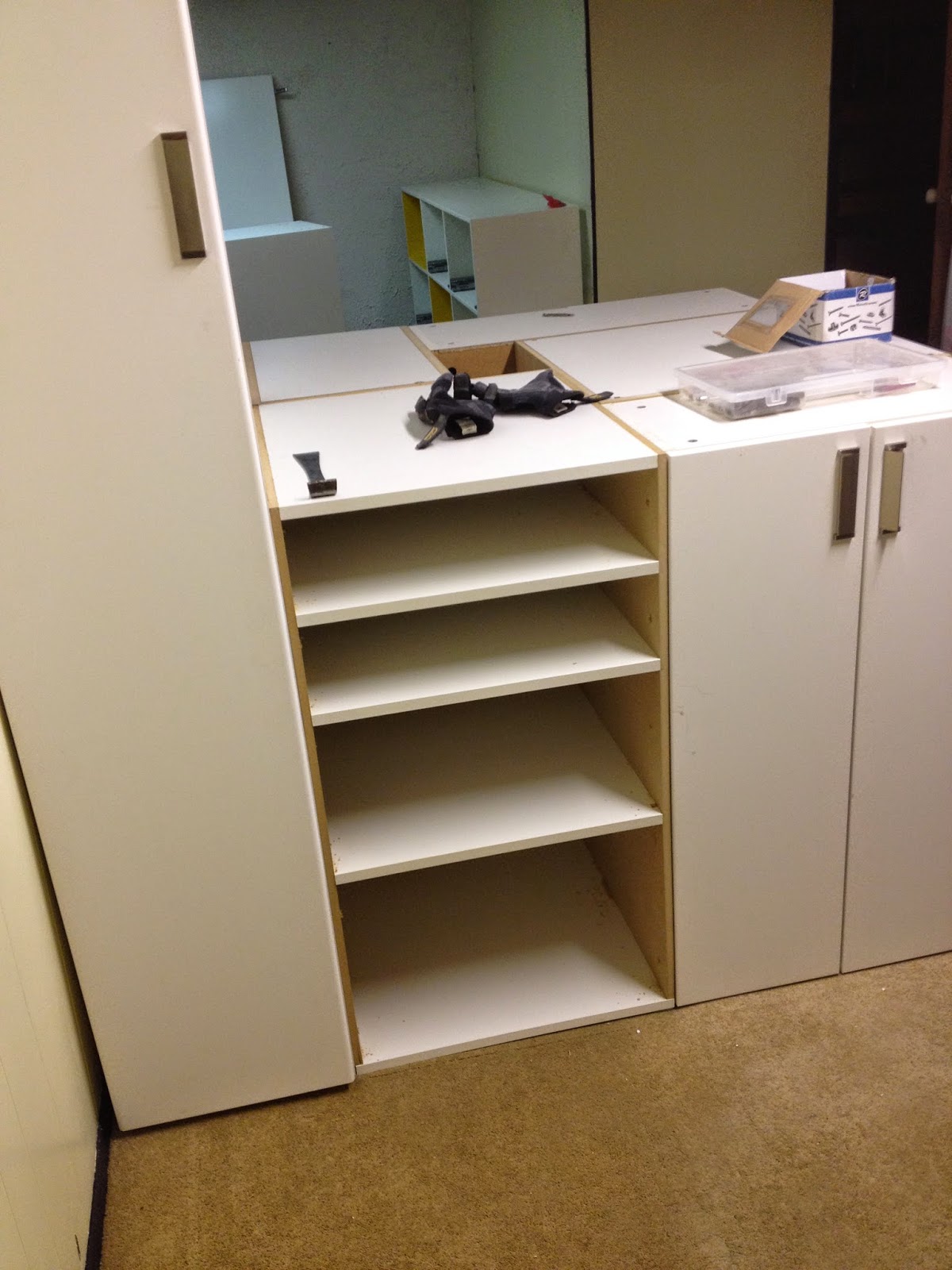 GeoDad has been on furniture building duty (some new dressers for the kids from Ikea) and switching out all the light switches and electrical outlets (as the old ones were yellowish from age, and new ones make the place feel so much cleaner).

It was all going very well, except for a small (we hoped) moisture problem in the basement... Turns out after having a contractor from the condo board in and an air quality specialist, we have a bigger problem than we hoped. We are still working on how to solve it and hopefully we can get it mostly dealt with before we move in next week.

As if all that at the new house wasn't enough, I got a call to do some contract geophysics work. Not stellar timing for how much was on my plate, but the extra cash will definitely help with the basement demolition.

We also had to deal with the collapse of our gazebo at the house we are currently living in during the freak September snowstorm which is being called 'Snowtember' throughout Calgary. 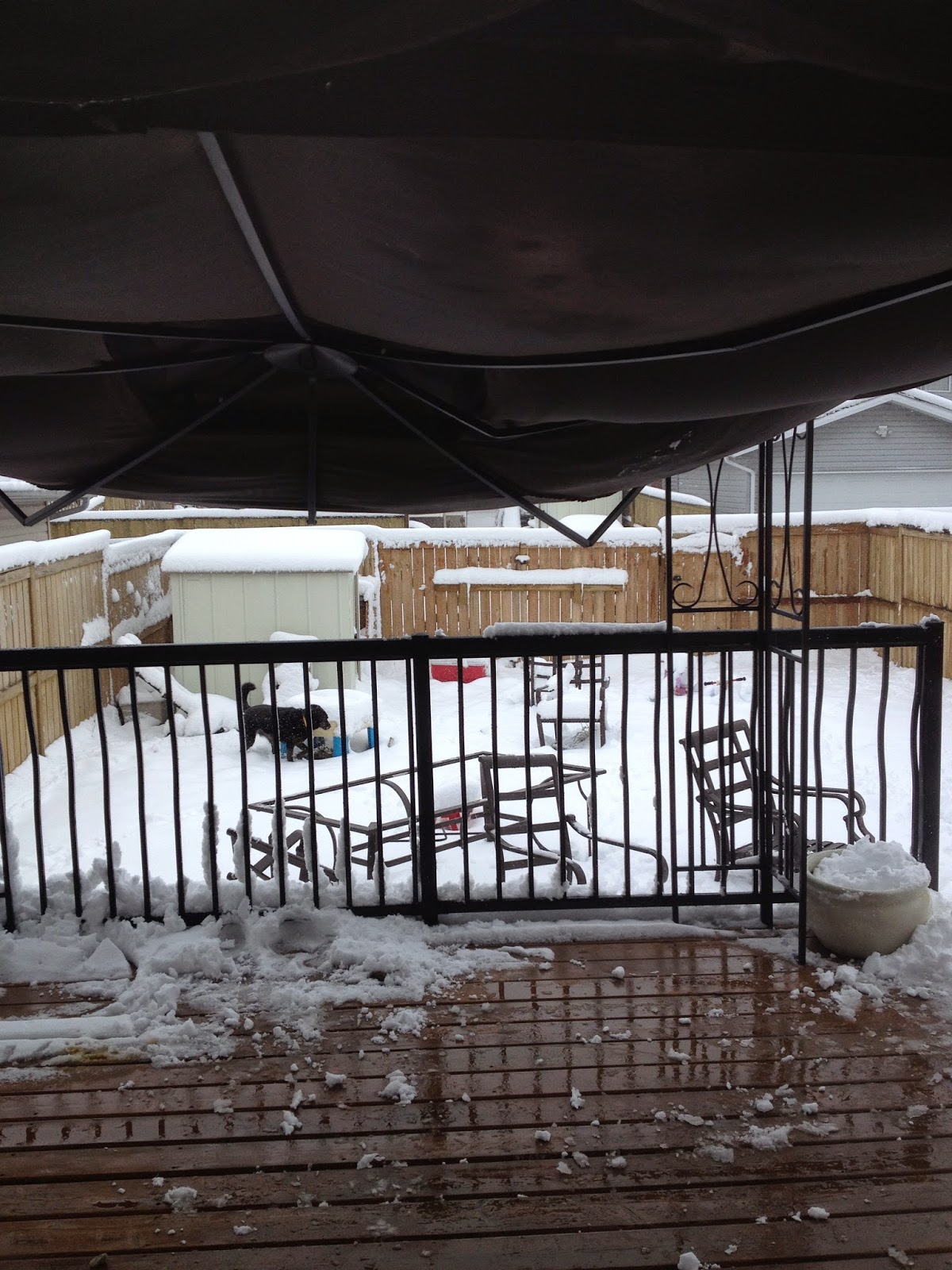 So after the first 2.5 weeks of chaos, I finally needed a down day. I let the kids watch cartoons and run around all day and I sat and sewed. It was a wonderful break. I have almost completed a quilt top for my new nephew, and hopefully I will get a chance to write a proper sewing post about it after we have moved. 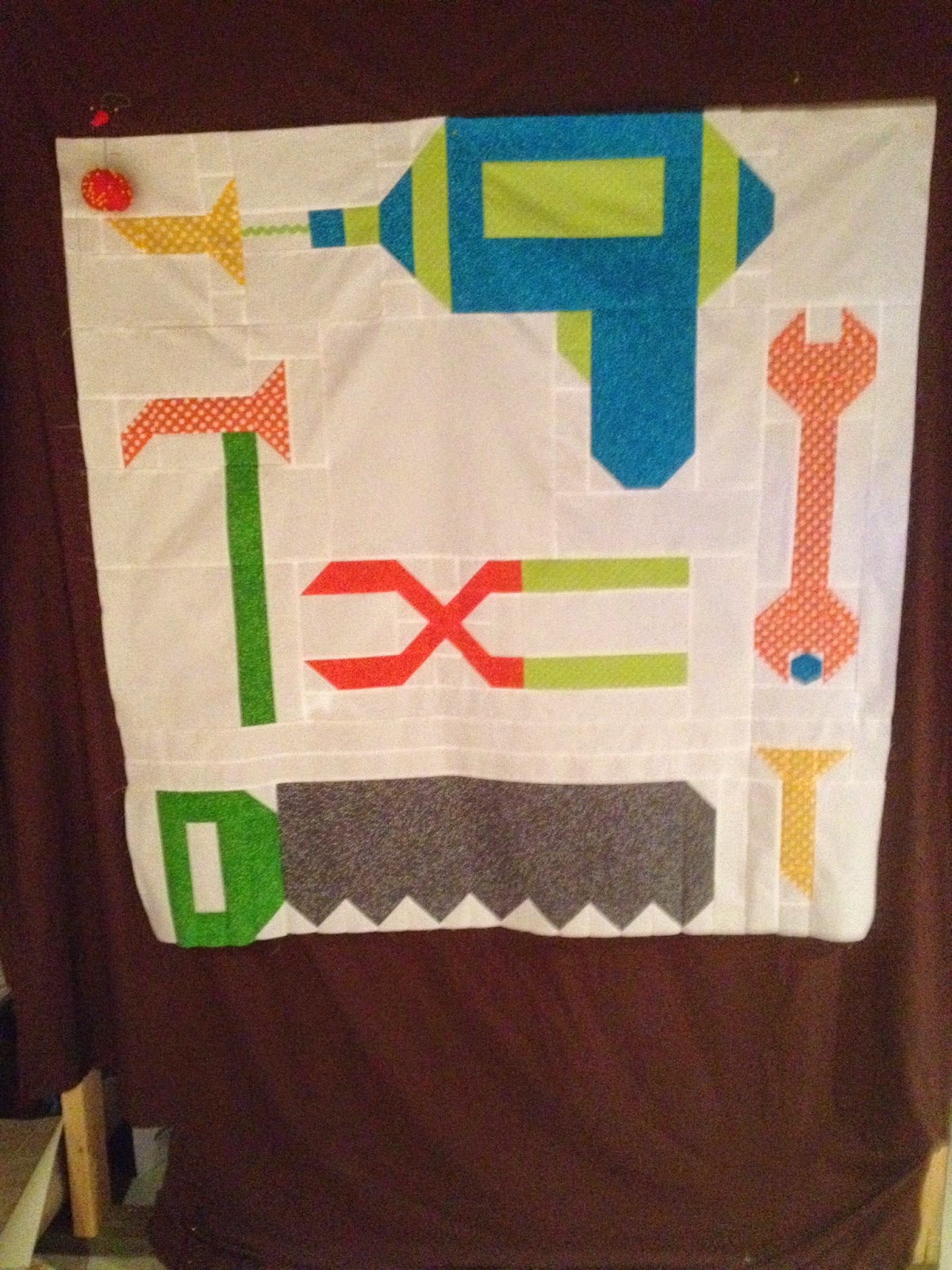 Thanks for making it through it this rather wordy post and I look forward to sharing pictures of rooms as we get them set up.